The unexpected always happens…period.  If I did not prepare offsite for each and every event and game, I would be doomed.  Through mistakes I’ve made and observed, PA Announcing cannot be done professionally on the fly.  Not all of it anyway.  That’s my opinion after over a thousand times plopped behind a microphone.

I dropped a great clip on this post from the flick, The Incredibles, which has become part of my own credo.  The line “Luck favors the prepared” is as true of a declaration as “Bears live in the woods“.  I equate the baby in that line as the game or event.  It’s the announcer’s baby.  Babies and games/events are all unpredictable.  If all the upfront work has been done, the announcer is better staged to handle all the game/event surprises that ALWAYS happen.

If you don’t have a script written up ahead of time, how in the world are you supposed to know what to announce.  Honestly, the 3 most important announcing spots of games are Pre-Game, Post-Game and Between Periods.  These are the areas to have scripts ready to go.  Rosters, event copy, emergency copy, ad copy, it goes on.  If you get copies of rosters right before the game from coaches, you’re done for because you just know the trickiest name will be playing quarterback.  Major all day events will have announcing requirements for 6, 8, 10, 12 hours.  It all needs to be documented as much as pragmatic beforehand to be successful.  Otherwise, the announcer comes off as some bush league bumbler that makes the administration appear like idiots for hiring them.  I, myself, don’t want to be a baboon on the microphone.

Sure, the game is there, too, if announcing a sport.  However, knowing everything surrounding the game is planned and under control goes a long way toward being confident and calm.  We know anything could happen in the game.  From blood on the floor to an earthquake, anything is possible.  The ol’ announcer must be calm no matter what.  No one is perfect; although, preparedness certainly stacks the deck the right way.

And preparation means rehearsing as well.  Practice the copy.  Practice the names so, you know which names to get clarification on.  Script and rehearse.  Script and rehearse.  For the cheap seats, SCRIPT and REHEARSE!!!!!  In any job, prep saves a mountain of wasted time, avoids screw-ups during the event and stages everyone around you for success because YOU are ready.

Similarly, take Project Management as an example.  The first 2 stages in project managing anything from a school play to $100 million dollar corporate initiatives are Initiation and Planning.  Initiation to get management support and Planning to well… Plan.  Is Event and Sports announcing really any different to be successful?  Think about it.  No administrative support and no plan equals a failed announcing affair before you even leave the house.  There should always be a plan…even a little teeny simple one.

If you are prepared,… calm, cool and collected you will be (in Yoda-speak).  An announcer must be composed at all times.  There is a high probability that during some event, emergency instructions will need to be provided in an articulate manner to an anxious crowd.  If the announcer is prepared, has scripts, administrative support and rapport with the officiating crew, they will be prepared to handle the unexpected.  Luck favors the prepared.  It does.

Some organizations have done all this for a while.  They have marketing and public relations teams that have announcing standards already set so, that when you arrive, they are ready for you and can answer all your questions.  This is great!  If you can get any of it ahead of time, well… I guess you’ll be prepped for some good ol’ fashioned PA Announcer soldierin’.

Now, there are some great script templates out there.   Of the best is loaded up in a book authored by the great folks at the former National Association of Sports Public Address Announcers.  The book is called The Voice Above The Crowd.   This book has everything in creation for Sports announcing but, so much can be applied to non-athletic events.  It is a “must have” for anyone regularly going behind the mic.  And NO, their scripts aren’t perfect but, it is a huge consolidated starting point.   NCAA and other organizations also have templates and materials.  And how about right here on publicaddressannouncer.org?  Well, press the TOOLS button below and find out for yourself.  The point is one does not have to start from scratch if the school or organization provides nothing.

Talk to administration about their rules and standard scripts.  Many will have some items in place already but, you have to be smart enough to ask.  As an example, a sportsmanship statement could be read that the university has not approved and BOOM!  A disaster could be at hand.  The more planned scripts and templates in your toolbox, the more luck will lean your way.

The aforementioned approval brings up a gargantuan marker.  If you are making the scripts, send them to event management ahead of time for approval.  They may want to make changes.  If they don’t read them and something unsanctioned is read, it will not be because you did not send it to them.  Often organizations do the scripts themselves, this is good.  If you have suggestions or things you would like to try or do, make requests and get approvals.  I have found, when  I write scripts myself, administrators are likely to read the scripts and want a change or two.  I make the changes and send them back.  They approve.  Everyone’s happy.  Positive interaction represents awesome symbiosis.  The key term above?…ahead of time…

But, let’s not stop with all this script stuff.  Planning and preparation means planning and preparation.  If you know you’re going to announcer, prep your voice by taking care of it through exercise, nutrition and warm-ups.  Make sure you have the appropriate clothes to wear.  Appearances play a big part of success whether any of us agree with it or not.  The point is…it does so, be prepared like a boy/girl scout.  Maybe, have a checklist for yourself so, you don’t forget anything.  Checklists work.  I know.  The key is for YOU to do all the things YOU feel you need to do to have a successful gig.  Each person’s tasks will be different.  I’m just suggesting you have your list.

Listen to Edna Mole.  She knows what she is saying.   If you don’t believe her, check out Richard Branson who said, in kind, “Chance favors the prepared mind.”  How about Louis Pasteur (click on the milk to learn more about him), the renowned scientist who invented vaccinations and pasteurization?  He said, “Fortune favors the prepared mind.”  They’ve all chimed in.  Do you see a pattern emerging?  Be a great carpenter of announcers and have all the best tools in your toolbox (Click HERE on why the mic is not the #1 tool).  Train yourself on those tools through rehearsal and put them into practice.  Plan out everything as much as pragmatically can be done.  Ensure to have great rapport with management and officiating…coaches, too.  Give yourself the ability to remain calm with preparedness.  Luck does favor the prepared and luck can favor you, too.

How lucky or (perish the thought) unlucky have you been and why? 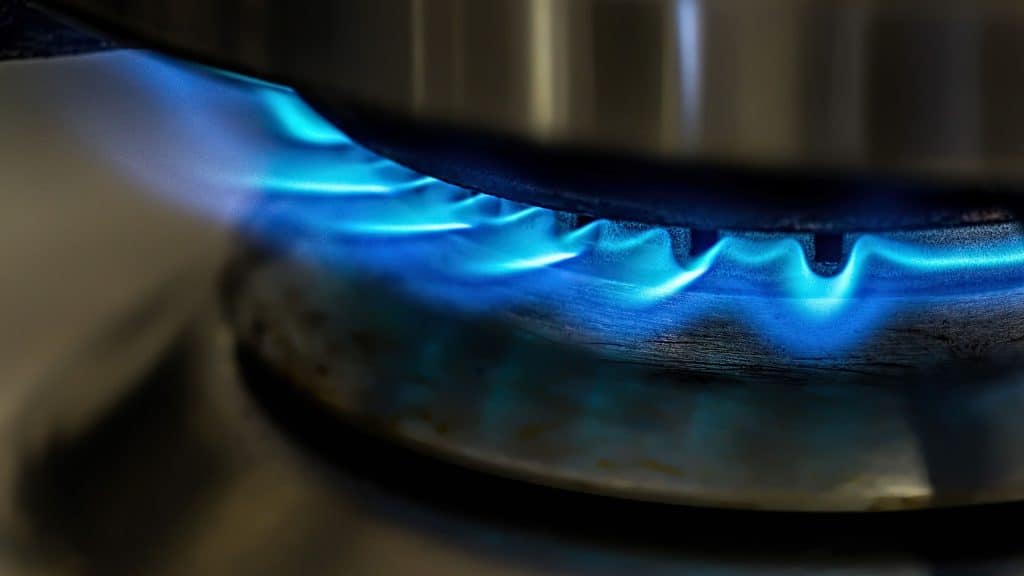 Warming Up By Matthew C Wallace …and I don’t mean heating up.  I’m, also, not… 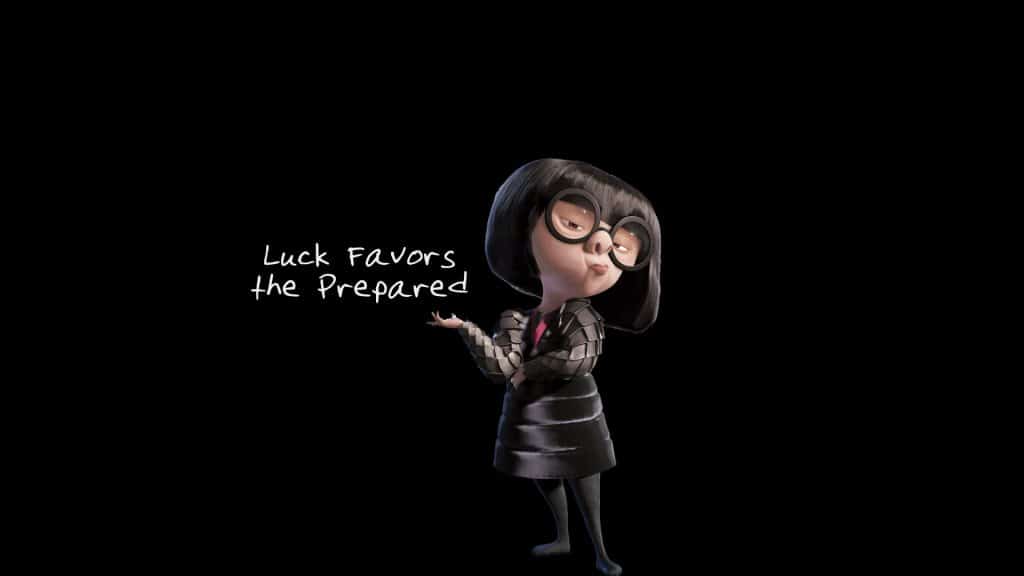 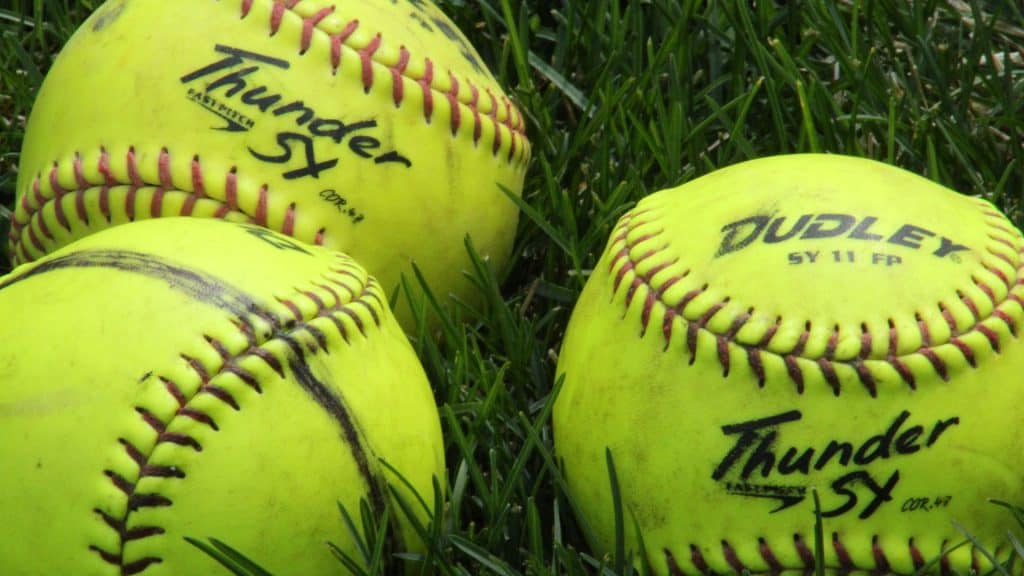