The mic is ALWAYS hot

OMG! You must be kidding, right? Everyone in this business knows this, no? How could this happen? Not paying attention? Lost focus for a tick? Seriously????

The Mic is Always Hot. Period!

If you are in the box, at the table, under the tent, on the field, inside the truck, in the studio,…I don’t care where…if there’s a microphone involved, it’s on!

Put your professional hat on for heaven’s sake. How about a scenario, eh? Let’s say you are in a corporate environment. When you attend a meeting with folks at varying levels throughout the company, most everyone watches their tongue…except, possibly, the owner. If you are not the boss and mouth off, you edge to precipice of employment doom. If you were up for promotion, don’t act surprised when the other guy gets it.

More likely, you are quite selective with your rhetoric, yes? Yes.

The big chase and knock down in the early days was profanity. That’s scurrilous language for the upstarts, tyros, tenderfeet in the audience. Profanity got you slammed for sure. How many years did it take before even hell or damn was acceptable on network television or the papers? Decades, people. Decades. Even today, those two words can drop you in it if interpreted as derogatory.

Now, we live in a world whereby the slightest off color remark tosses you in the sea of sharks. …the slightest… Just recently, a broadcaster’s thirty year career was destroyed for a slur he made when he thought the mic was off. Good grief! It is alllllll true. He wasn’t on his toes and lost everything because of it. Plus, he’s not the only one this has happened to… just a recent example.

(No, NOT gonna to say who. The idea here is to teach not trounce…C’mon!)

Watch out for Phones!

Important!!! Everyone, especially newbies, needs to be alert. We live in a world whereby not only the microphone in your hand or on your head is hot but, there are these little rectangles around called phones which are cable of recording video and sound. Oh yes… if the Shure SM58 in the stand is truly off, guess what?! Someone had a phone on across the room. They recorded you making a tacky remark. The ha! ha! got posted on this silly business called Social Networking. One person got outraged. The video went viral. A day later you are out of a job and no one wants to touch you for new employment. That’s it! That’s all it takes!

The Mic is always hot???

Some years ago, a public address announcer lost his gig over a social networking post. It got out. It proliferated. Cancel! Cancel! Cancel! Now, they are out of announcing. Gone! Goodbye! Zapped! Cancelled! Nods, you betcha. Just that easy!

Oh what insight Orwell had in 1984. Big brother, right? (If you have not read it, get a copy… our technologically networked world will be the first thing that bounces around in your head.)

George’s gaze widened not enough though. Not in my opinion. Big brother is NOT watching. Big brother, big sister, wife, son, daughter, cousin, niece, neighbor and a billion other people you DON’T know are watching, clicking, reposting, sharing. Not just two eyes and two ears. Billions of them.

You are NOT just doing battle with what is heard over the airwaves or in the stadium. You are on your guard against billions of little devices everywhere.

WATCH WHAT YOU SAY, WRITE and POST or… end up being able to “Google” yourself a thousand-fold for all the wrong reasons. It’s truly dangerous. A cavalier ideology can get you fouled up permanently. The world loves a sensational thing to run with.

Resist the Urge! Avoid saying it. Don’t write it. Refrain from posting it. Stick to the dry, the dull, the boring…or post something positive, say something supportive… be the professional we know you are… If others thirst for the exciting, let them navigate the slippery path. You do your thing. Smile. Shake hands. Get your names correct. Voice your advertisements well. March the march of a press box soldier. Try to keep opinions to yourself in the box. Post a picture of you on the mic at the stadium. Spread a good feeling.

We would also avoid any rhetoric of politics and religion. No one ever agrees. So often, one or more get affronted. What was the point? What was gained? What got improved? Our experience is little is garnered in these areas. Leave it to the news media to sort out. We find these subjects have zero place in the box! They are like paper airplanes. They fly wildly around for a few moments of fun and beauty then land in someone’s eye.

Your wits must be with you from the moment you step in the stadium until the second you disembark out of the parking lot. It could be professional sports or youth girl’s lacrosse. It matters not. If you love your mic work, then care for it as you might an infant son or daughter. It requires an unprecedented sensitivity nowadays.

Honestly, most announcers are careful of what they say and do. PA Announcers, in particular, harbor amongst thousands who could stand up, get the shovels, light the torches and storm the press box. Microphone workers, in general, face so many varying liabilities when the wrong thought slips off the tongue. You might consider yourself the Frankenstein monster on such wonderful occasions.

Watch what you say

Watch What You Say

Watch what you say! Take the professional approach. What is that exactly? Simple. The mic is always hot. If you breathe in that mantra before every gig, you will curtail your rhetoric to what is most acceptable to the masses….and that, dear friend, is primarily information and data on the game…nothing more.

Watch What You Say

Of course, some will take the least little thing out of context and post it to a website next to the term Racist! or Sexist! or Worse! Sometimes you feel like darned if you do and darned if you don’t. It matters not. The point is to put a professional foot forward. I don’t care if you are only a volunteer… You are still on the mic, no? Mmhmm… Care with your mouth must be exercised.

Your #1 job is to provide information. Short and sweet.

If someone does take something you say out of context, you can take action, too! Leverage your administrators for this but, do NOT get angry. This is what they want. They love your anger. Why? They can sink you deeper into the morass of social nightmare by you responding and reacting. Report your grievances to the right places: administrators, lawyers, complaint forms, media oversight and so on. Do not take matters into your own hands! This is how you end up hurting only yourself. Eek!

Do not forget. You are there to announce a game, not make cracks. Do the gig! If you are trained and skilled at making acceptable funnies, terrific but be wise about it. Monitor your tongue even on media timeouts or during prep or postgame shutdown. If you are a very public figure, watch your tongue in general. Recall, the broadcaster who lost his career was not supposed to be live…but was. …or how about the announcer that was defenestrated who posted a single post to a social network. He was not even at a contest…just a public figure. Neither situation had anything to do with calling a game.

Teach your brain that the teeniest, tiniest nonsense is a career killer. Arrogance is also a career killer… Don’t take the “I’ve been doing this 20 years” approach as representation you are above reproach. Trust me when I say…that will be the Ooops of your life! Don’t believe me? Do just an itsy bitsy bit of searching the internet. There is well-documented catastrophe out there.

The idea here is not to terrify. The concept is professionalism and wisdom protract and further jobs and careers (not to mention old-fashioned hard work). Oh, how boring! OK. Maybe so but, what is better, being on the mic or exiled from it? Food for thought. If you get nothing else from this piece, take away that the mic and the phones are hot. Specifically, the phones are everywhere. They are picking up each thing we say and do. (That is correct. You are being documented and don’t know it.) They transmit, now… worldwide! That’s right… You, too, could be global for all the right reasons or… all the wrong ones. Think about it.

Now, go pack your things. Head to the ballpark with a smile. Find your chair. Organize your paperwork. Get pumped for the moment. Announce with professionalism, wisdom, class and style. Be a part something fulfilling and enjoyable…The Game.

In related reading, check out our sister article the “The P in P.A. is NOT Politics”. Learn how the polarization of particular subject matter can have an adverse effect on your public address announcing efforts. Is opining all your personal beliefs in the public space worth risking your microphone career? 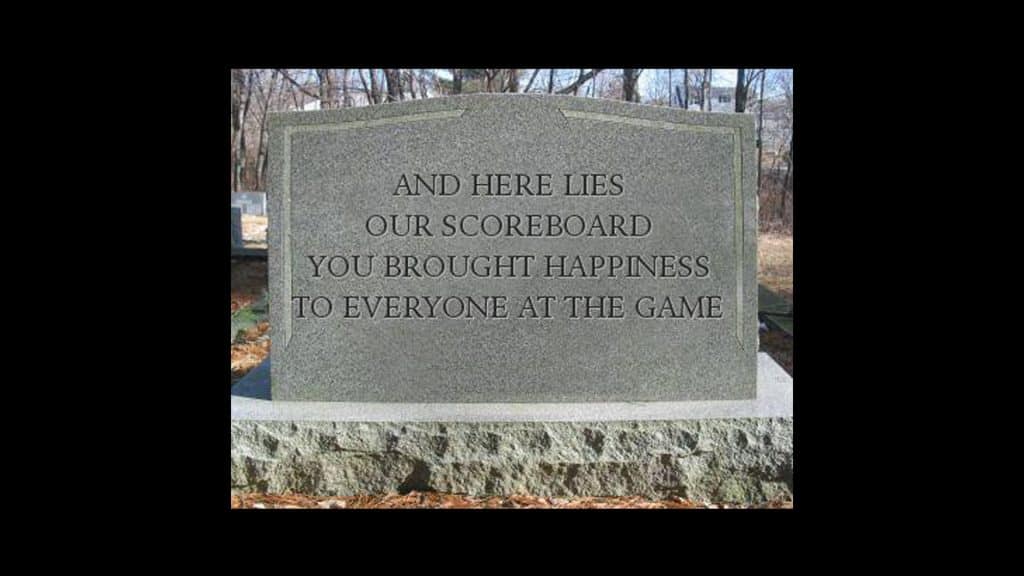 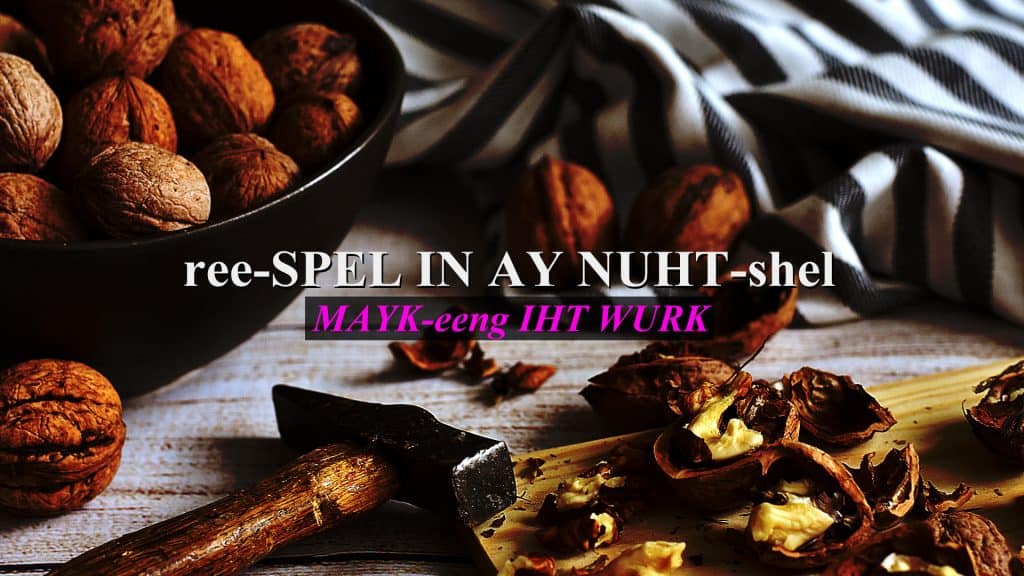 Respell In A Nutshell (Part 2)

Respell In A Nutshell (Part 2) By Matthew C Wallace KISS In our prior article,… 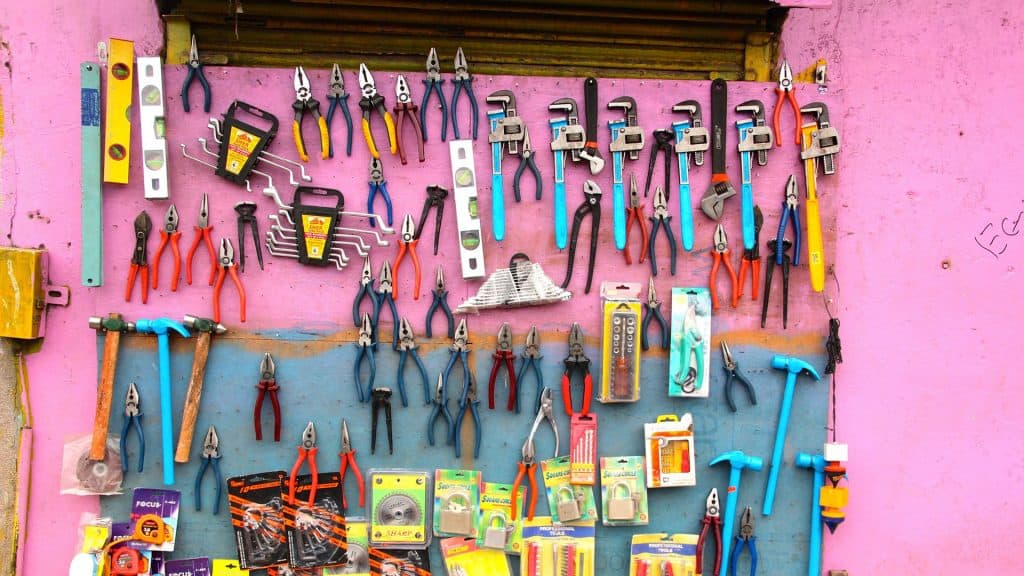 The #1 Announcer Tool is NOT the Microphone