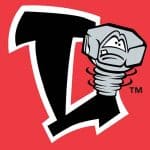 High-A Affiliate of the Oakland Athletics

Job Summary:
The press box staff works cooperatively as a part of the Lugnuts’ in-game entertainment staff. Individuals have the opportunity to rotate and learn all positions within the press box as defined below.
Preferred qualifications for any press box position include: strong editing background; experience with live production, including familiarity with video equipment, cameras and switcher equipment; strong computer skills; well organized with the ability to think quickly in stressful situations; and the ability to work with people in a coordinated effort and a team atmosphere.
Hours:
The Lugnuts’ season consists of 67 home games that are played between April and September.  Working in the Press Box requires you to have a flexible schedule which will include Friday, Saturday and Sunday hours as well as a commitment of approximately 50 of the 67 team home games. The position includes training in March as well.
START DATE:            First game April 6th, training will be mid-March.
We are an equal opportunity employer and all qualified applicants will receive consideration for employment without regard to race, color, religion, national origin, sex, sexual orientation, age, disability, gender identity, marital or veteran status, or any other protected class.

To apply for this job please visit www.teamworkonline.com.